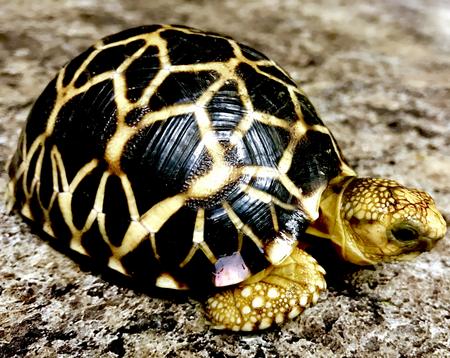 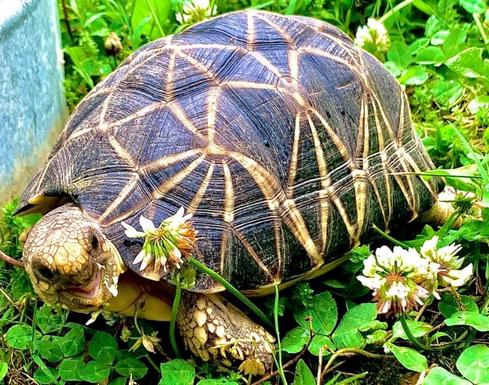 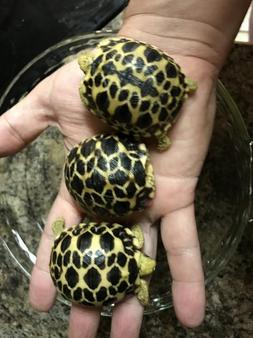 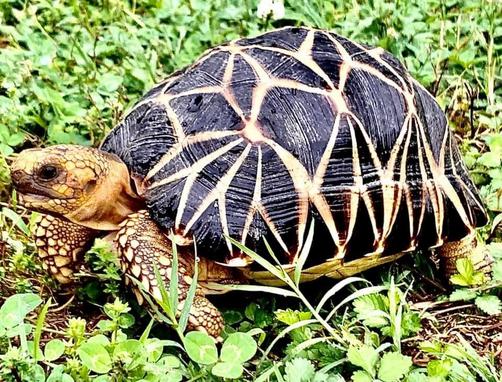 ​Currently my group of Burmese Star Tortoises is made up of three female tortoises that I have raised since they were hatchlings, two males that I obtained as young adults/subadults, and one very young tortoise that was incubated to be female, but is too young to really say for sure.  It is possible that one or two of my original three tortoises may reach breeding size (3,000g for females and 1,000g for males) by this spring.  But, they are still pretty young so who knows if they will be able to get the job done.

The way that I keep my young Burmese Stars is based off of methods that I found on tortoiseforum.org ​sometimes referred to as the monsoon method.  Tom over there on there forum has run experiments and has written a lot about it.  Basically what I do is keep the tortoises in a closed chamber type enclosure.  Which is an enclosure that has a limited amount of air exchange.  So, no screen tops or tortoise tables.  This way you can hold in heat and humidity.  Which you are shooting for a minimum of 80F on the cool side of the enclosure and it is good to have a warmer hot spot available as well.  The humidity you are shooting for is about 80%.  The high humidity helps to prevent pyramiding of the tortoises shell and the temperature minimum of 80 F helps to prevent sickness.  If the tortoise is wet and cold they can get respiratory infections.  I like orchid bark for the enclosure substrate especially when they are young, but I also use cypress mulch.  Enclosures made of PVC are great as they do not rot with the high humidity and hold in heat well also.  UVB lighting obtained with a t5ho bulb is also needed to maintain good health and shell growth.  If you have an improper diet and or a lack of UVB you may end up with metabolic bone disease.  Your tortoise may end up with a deformed shell and may end up with mobility issues.  Another key to preventing this is calcium.  One way of supplying calcium is with cuttlefish bone which is often found in the bird section of pet stores.  Another way is with commercial reptile calcium supplements reptile vitamin powders can be used as well.  Their diet should eventually be primarily grasses and weeds.  I like to gather a mixture of grasses, clover, plantain, and dandelion.  But, I also will use various lettuces (not iceberg), squashes such as zucchini, spring mixes, various greens, and Mazuri tortoise diet.  I try to feed a mixture of things daily and try to feed different things from day to day.  You should always have water for them to drink in their enclosure.  It is also a good practice to soak your tortoises daily during their first couple of years.  To do this I recommend each tortoise has it's own bowl if possible, so they don't climb on each other and flip over, I also recommend containers with sloped sides as opposed to vertical sides, it seems to prevent them from flipping themselves over as much.  You should also have an amount of water that only comes a little bit of the way up their shell.  They will eventually flip over and you want them to still be able to get their heads out of the water to breath.  The water should be warm but not hot.  They will generally try to climb the walls and defecate in the water bowl which will also help to keep your enclosure clean.  It also aids in keeping your tortoise hydrated which is one of the keys for health and smooth shell growth.  I also recommend weighing your tortoises frequently especially when they are small.  The numbers will go up or down a bit depending on how much they ate or when they used the restroom, so don't freak out due to little changes, but it can help you to notice if something is going wrong and it is fun to see how fast they are growing.  While they are small they are probably better off indoors with your great temps and humidity.  They also look like tasty meals dogs and all sorts of other creatures.  If you do have them outside it is probably better to do it for small amounts of time when they are young and be sure to make sure they have places to hide from the sun so they do not overheat.  It is also a good idea to cover any outdoor areas for small tortoises with some sort of wire mesh to keep out predators.  Once they are large enough which probably will not occur for a couple of years they can be outside while the temperatures are warm enough with a low being somewhere around 65 F.   It is a good idea then for them to have a heated tortoise house for them to escape the cold.  It is also very important that they have water available and places that they can got o escape the heat of the sun.

It has been a lot of fun raising up these little gals from such a tiny size. 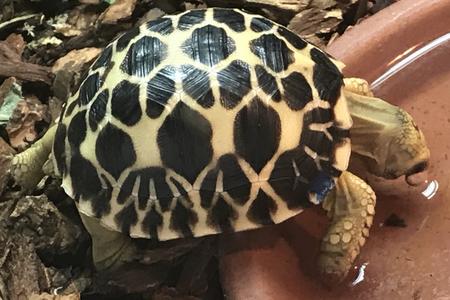 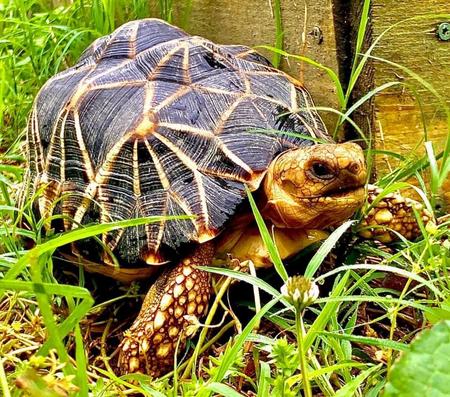 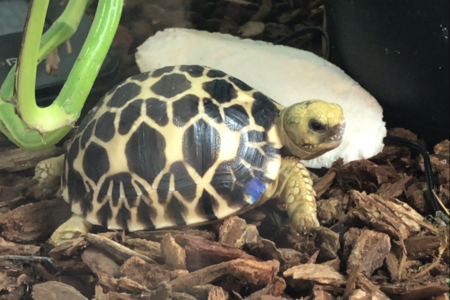 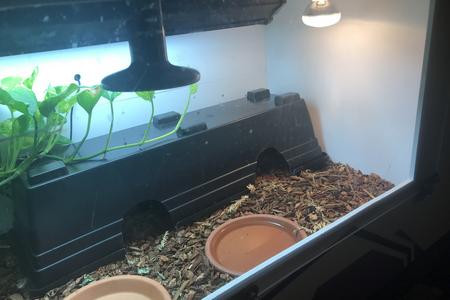 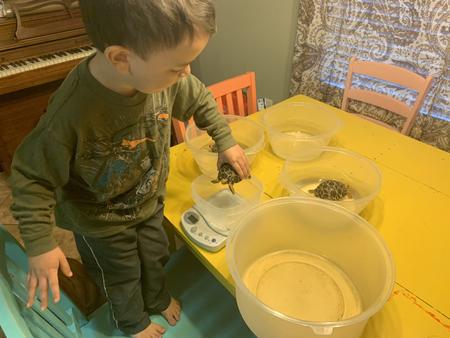 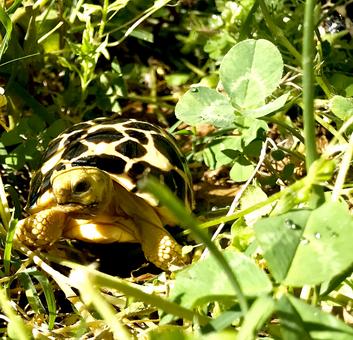 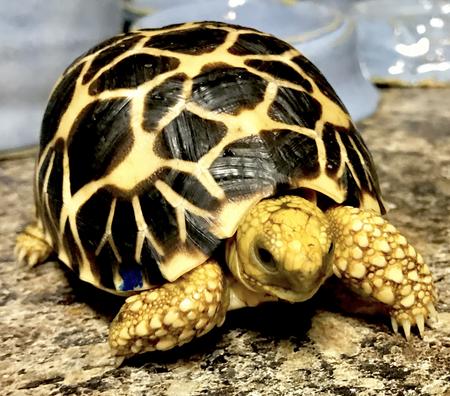